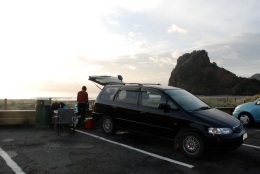 Freedom camping. What a great way of saving money while you explore a country. All you need is a campervan style vehicle, some food, money for petrol, and you’re good to go!

When I was in New Zealand I freedom camped my way around the whole country, determined not to spend a penny on accommodation. There was the odd occasion where I chose to stay at a low cost campsite, but overall, I must have saved hundreds of dollars.

But with so many people trying their luck at freedom camping, travellers aren’t always welcomed with open arms. There’s now more and more ‘no camping’ signs along with threats of $250 fines to try and put people off. So with this in mind you need to be smart about how and where you camp.

Here’s a few tips on how to camp free and save money, although follow at your own risk!

Choose a vehicle with stealth 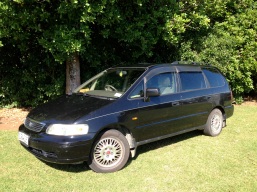 It’s important to keep a low profile. You don’t want a vehicle that screams out, “look at me! I’m a backpacker and I’m freedom camping here!” So when buying a campervan it’s maybe best not to choose one covered in mad graphics that draws attention. My vehicle of choice was a converted black Honda Odyssey with black tinted windows. It wasn’t the biggest of campers but it really did blend in, I called it the ‘stealth mobile’.

It’s also a good idea to try and keep your vehicle looking neat and tidy from the outside. I’ve walked past vans before with clothes, shoes, and possessions strewn all over the dashboard and it’s not a good look!

Where possible, try and camp in places where you’re actually allowed. There are quite a few free campsites around New Zealand, and a good way to find these is by picking up a Department of Conservation (doc) Campsites booklet, which you can get at any I site, or a better option is to download the Rankers Camping app. This app will show you where all the free campsites are, along with pictures and reviews so you know what to expect.

Avoid ‘no camping’ signs at all costs 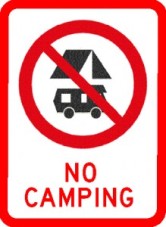 Staying in a free campsite won’t always be an option, but that doesn’t stop freedom campers. You’ll soon find that it’s possible to camp almost anywhere. Beach side car parks, roadside rest areas, isolated country roads. Usually the more rural you are the easier it is and you shouldn’t have any trouble. The general rule is not to camp anywhere that has a ‘no camping’ sign, because most likely you will get caught out, and feel like an idiot in the process. Be wary of places with lots of other campers camping illegally, it could be an area known to the council and you’ll only get moved on or fined.

Rural is easy, but towns and cities can be difficult. When I had to spend the night in a town I found the best place to sleep would be a residential area. I would find a nice, wide, dark road with a few cars already parked on the side, pull up, spend the night, and then sneak off early the next morning. Granted this isn’t the best way of freedom camping, you always feel a bit nervous that some unhappy home owner will confront you in the morning, but if anyone ever noticed I was there I wasn’t aware of it.

Are you sure your vehicle’s self-contained? 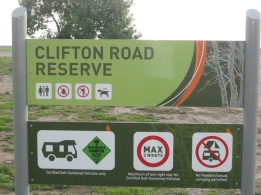 It used to be that freedom camping wasn’t a problem in New Zealand, people could 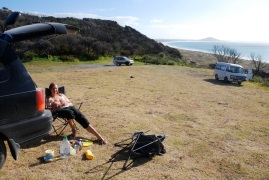 camp literally anywhere they wanted and there was no such thing as ‘no camping’ signs. But as more and more people came and jumped on the bandwagon, people started to neglect the environment and ruin things for everyone.

It’s so important to follow the ‘leave no trace’ rule. When you drive off the next morning there should be no sign whatsoever that you were ever there. It makes me so angry to see any rubbish left behind, especially in beautiful areas next to rivers and beaches. Also use public toilets! I’ve never used so many public toilets in my life than when I was in NZ, they’re everywhere! I don’t think the locals appreciate pee stains on their footpaths; it’s not hard to visit a public loo before settling down for the night. 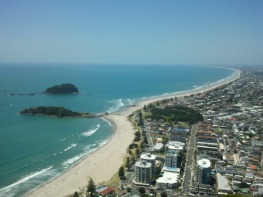 During the summer freedom camping is a gift. It’s not hard to find a shower while you’re on the road. Almost every beach, especially if there’s a surf club, has an outside shower. Or failing that there’s often taps at campsites and public toilets that you can stick your head under. I even had a large plastic bucket that I could fill up with water and then pour over myself, what more do you need!

Winter can be a different story. When you wake up in the morning with ice on the inside of the windows the last thing you want to do is strip off and pour freezing cold water over your head! And that’s when I used to visit hostels from time to time.

On a couple of occasions I would just ask at reception if I could use the shower facilities, and they would be happy enough to allow this for $5 or so. But most of the time it was more fun to sneak in and get showered for free. The larger, bigger franchise hostels are better, for instance ‘Base Hostel’. There’s less guilt and they have so many rooms and so many guests the receptionists have no idea who’s actually meant to be there! You can be in and out in 5 minutes flat.

Most importantly be safe 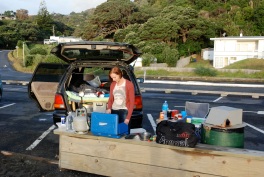 We always assume that the government have set these no camping rules to restrict our freedom and take our money. But sometimes it’s for our own safety. New Zealand is mostly a very safe country full of friendly people and so it’s easy to let your guard down and become far too blasé. But it’s important to always keep your wits about you and your senses open. Some places will just have that unsafe feel about them, and you should always listen to that feeling. 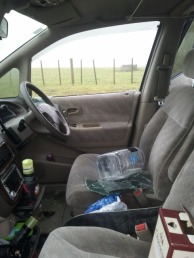 When I was up at Cape Reinga, I had the unfortunate experience of having my car broken into. They wrecked the lock and smashed a side window so I had to drive back to Kaitaia to get it fixed. This is the last large town you get to before the long road up to Cape Reinga, and it really gave me the creeps. The place is a bit run down and full of dodgy characters; people with no jobs, dirty clothes, and missing teeth. While there I heard about a couple of German backpackers who had been even more unfortunate than myself. They’d been sleeping in the town in their campervan, when a couple of locals had smashed in the windows with a baseball bat and then went on to attack them. Miraculously the guys managed to fight back and pin down one of the attackers, and then call the police, but not without a few bruises in the process. 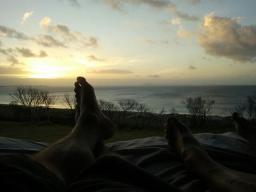 Freedom camping truly is an amazing way of getting around NZ. It’s a chance to go with the flow, taking each day one at a time, without knowing where you’ll sleep one night from the next. For once all you need is time, not money. So save your cash, have fun, explore, and be safe.