It’s that time of year again. All the ski fields around New Zealand have opened up their online applications and people are 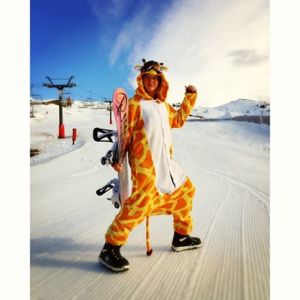 frantically applying for that all important mountain position that will give them the chance to spend winter as a glorified ski bum. And why wouldn’t you? Free ski pass, free ski leasons, cheap seasonal rental, 50% off every other ski field in New Zealand, it makes a very expensive sport suddenly become very affordable. But the problem, like I said, is that everyone is applying. You’ve got backpackers, local Kiwis, people who are currently skiing in Europe or Canada and do back to back seasons, literally thousands of people.  And don’t forget about all the returning staff. At Cardrona Alpine Resort in Wanaka they usually have as much as 70% returning staff each year, not leaving too many new positions. 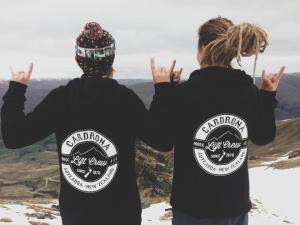 I spent two winter seasons snowboarding in New Zealand and was lucky to get a job at Cardrona. The first season I applied it was a bit of a stressful process but I managed to get my foot in the door as a cleaner. Then when I returned for a second season I was guaranteed a job and able to work as a lift operator. Here’s what I learnt from the process:

There may be a particular ski field you desperately want to work at, or maybe you really want to live in the iconic Queenstown. But in New Zealand the resorts really aren’t that big and that means not many positions. Your best bet to getting a job is to apply to as many places as possible and increase your odds. This can be a bit of a drag as each resort has a different application method and some require more effort than others. For instance, 2 years ago when I applied to the biggest company, NZ Ski, I had to read through pages and pages of info on their company, ideas and policies to then give detailed answers to 5 questions. It took forever, and that was just to get an invite to a massive group interview. But if you genuinely put the effort in to a good number of places, it should pay off.

There are around 25 ski fields in New Zealand and they are located in both North and South Islands. 18 of these are commercial and the rest are small non-profit ski clubs.

Map showing most of the NZ Ski Fields

In the North Island you have:

I’ve never had the chance to ski in these areas and so I don’t really know much about it. But Whakapapa is meant to be New Zealands largest and busiest ski area, while Turoa has the biggest verticle drop in Australasia.

In the South Island:

Out of all these resorts the biggest ones are Treble Cone, Cardrona, Coronet Peak, Remarkables and Mt Hutt. All these resorts are near the towns of Wanaka and Queenstown except for Mt Hutt, which is near Metheven (not too far from Christchurch). If you want larger ski areas with good après ski and lots of staff parties then these are the resorts you want to try and get jobs in, although that being said I don’t have much experience of the other ski fields and wouldn’t forget about them when applying.

Think about what you apply for 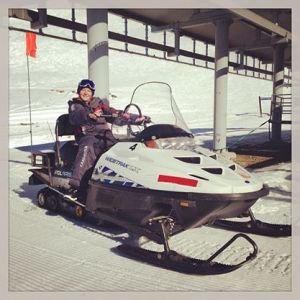 Usually when you apply you get to go for 2 positions, first and second choice. It’s important to really think about what position you’re going to apply for and think about all the factors. Do you have any experience? How many other people are likely to apply? How many positions are there? For example, applying to be a lift operator can be risky. Everyone wants to be a lifty! For some reason people think it’s the coolest job on the mountain. I’ve been a lifty and if you mean ‘cool’ by freezing your ass off, then yes, it wins hands down. Otherwise it’s just the same as any other job. But each resort receives hundreds of applications for this one position and there aren’t actually that many lifts, a ‘big’ resort may have 4. Even people with experience aren’t guaranteed an interview never mind a job.

So if you want to increase your chances then you’re better off applying for jobs such as car park crew or cleaning. The thought of cleaning may not seem very appealing but it’s a job I’ve done myself and trust me, it was cruzie, laid back, and I got just as much time on the snow as the lifties. If you have any hospitality experience then another good choice is ‘food and beverage’. In most resorts they require quite a lot of staff in this department. And with a lot of the staff being international, they don’t get as many returning due to visa restrictions, meaning more positions!

What to do if you don’t get the job

You’ve applied to a few resorts, maybe you got an interview, but sadly no job. Don’t despair it’s not all over!  When I was applying for ski jobs 2 years ago I managed to get a job in food and beverage at Coronet Peak in Queenstown. But my boyfriend, Chris, got a job cleaning at Cardrona in Wanaka. This caused a bit of a dilemma, we didn’t want to live apart for the season and if we chose to live in Wanaka, I wouldn’t be able to get to Coronet Peak each day or vice versa. So I called up Coronet Peak and regrettably turned down my job.

But the thing is that just because the applications have closed and positions have been filled doesn’t mean you’ve lost your chance.

In the weeks leading up to opening day things happen; people don’t turn up, people get injured or supervisors have under estimated the staff they need and require more, fast. And this is what happened to me. A cleaner didn’t turn up on the first day, I was there and I really wanted a job, and so I not only got a job but I got to work on the same team as Chris.

So if you’re there, keen and eager, then anything is possible! But don’t just sit at home moping about not having a job. Go to the town offices, show your face, give them your CV. Even go to the start of season staff party, get talking to the supervisors! This sounds like a long shot but last season, when I worked as a lift operator, one of my colleagues did just that. He didn’t have a job and so he turned up at the first staff party, found my supervisor, and sweet-talked her into hiring him. His application had been rejected from the very start and yet there he was, a full time lifty. Even more miraculously the year before that, a Chilean backpacker called Diego, managed to get a job as a cleaner at Cardrona by constantly harassing the town office and was even made the supervisor. At the end of the day what these companies want to see is people who are motivated, confident and really want to work up the mountain.

Look for a job off the mountain 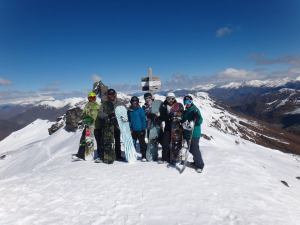 Working up the mountain isn’t the be all and end all. It’s probably fair to say that Queenstown and Wanaka are the main resort towns. They may be small, but they’re absolutely packed full of nightclubs, bars, cafes, restaurants, clothes shops and tourist attractions. Competition’s going to be high, you won’t be the only backpacker who fancies working in town during the ski season, but if you get there early, and are persistent, there’s no reason why you can’t get a job to fund your skiing for the winter. The bottom line is whatever you end up doing, a ski season is New Zealand is going to be fun.

2 thoughts on “Guide To Becoming a Kiwi Ski Bum”