Way back when Chris and I were in Brisbane we decided to look for work, sending us 5 hours north to the lovely town of Bundaberg. So after that job we decided to back track a bit, going first to Fraser Island, and then further down to the Sunshine Coast.

Meeting Up With the Gibneys 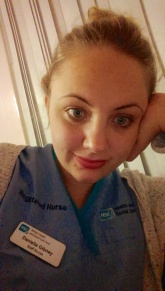 I was pretty excited about going to the Sunshine coast, not for the beaches, but to meet up with one of my best friend’s from home, Danielle, aka Dizzle/DJ Danni D. She and her Aunt Jill were going to be in Australia for a few weeks visiting their family who now live here.

It had been over 18 months since I’d last seen Dizzle! But she’s been keeping our friendship alive by sending me weird selfies while working night shifts as a nurse.

So first stop was a small town called Buderim to stay with the Gibneys. I hadn’t seen the family in about 7 years! But Dizzle’s Mum, Wendy, and 2 sisters, Caitlin and Ashling, made me feel right at home with beers and tasty home cooked food. And with 7 people from the Emerald Isle being reunited the craic was mighty should I say.

The next day Wendy took us to the market at Nambour. It’s on every Thursday and is definitely worth the visit. You can get everything here from clothes, to foods, to your fortune told. The stalls are bright and vibrant with a hippy feel throughout and everyone’s just wandering around enjoying the chilled out vibe. 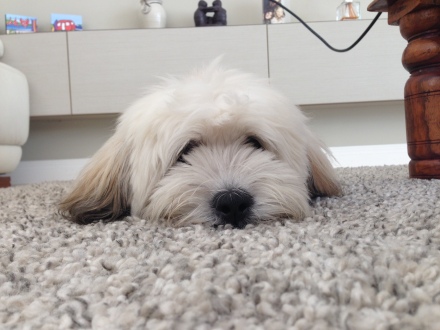 New addition  to the Gibney Tribe

Over the next few days I just hung out with Daneille, going to the beach, out for dinner, the cinema, getting lost in the shopping mall… (still don’t know how that happened but thought we were never going to find her Mum’s car!) But too soon it was time to say goodbye. Luckily it wasn’t too sad as I knew we’d be seeing each other back home in July.

Next stop was the Noosa Everglades for a ‘free’ canoe trip from Wicked Travel. As I mentioned before I booked both Fraser Island and Whitsundays with Wicked. And as part of the package received this so called free trip. However, we still had to pay $50 each in ‘local’ fees.

After reading mixed reviews on Trip Advisor my hopes weren’t high. But when I arrived at the Gagaju Bushcamp for a weekend of canoeing, I thought the place looked alright. 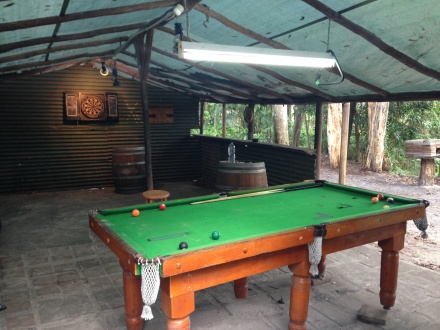 There was a TV room with a huge TV and a hard drive full of movies. As long as you chose a sofa that didn’t stink of mould it was pretty good! The camp kitchen was big and cleanish with a couple of bbqs to cook your food on. There was even a worse for wear pool table and darts board! 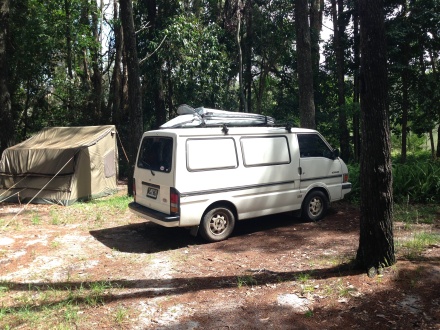 I was pretty positive about the whole thing, but that was partly down to the fact that Chris and I were sleeping in our campervan, and not in the dark, overcrowded dorm rooms or tents with thin ground mats. 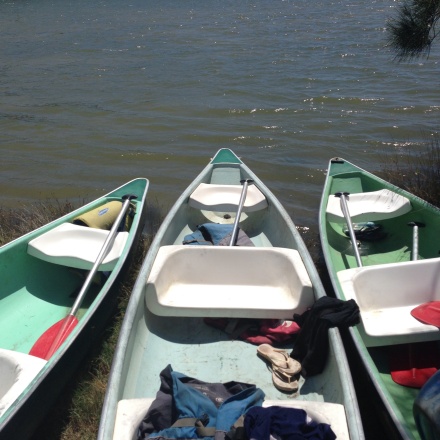 Day 2 at Gagaju Camp we got up early and kitted out for canoeing with the rest of our ‘free trip’ group. It was 3 per canoe and the trip was self-guided, meaning one of the camp managers pointed out on a map where we should go and then left us to it. 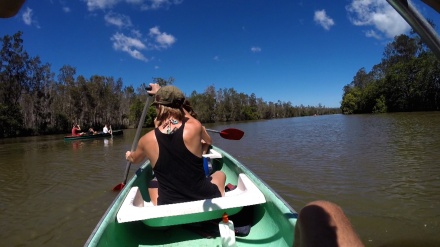 We canoed about 5km up the river, then up a creek until we got to a jetty and a rope swing. I’ve never been on a rope swing before! And although it was a bit gnarly it was awesome. 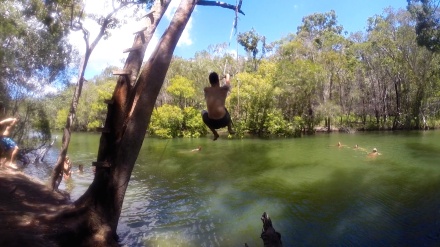 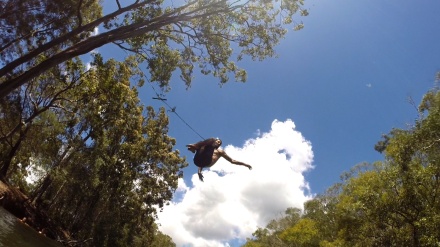 Chris attempting a back summersault

We took it in turns launching ourselves off bits of wood on the trunk of the tree, to swing out and into the air. I was determined to make a backwards summersault, which resulted in a few agonising back slaps before making it around. 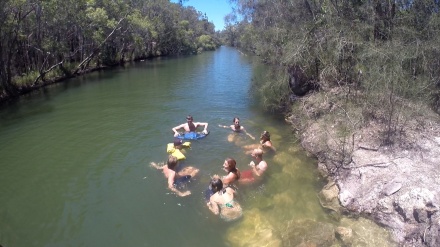 We had lunch on the jetty where I had a bit of a misunderstanding with a seriously rough looking local. The guy, who was covered in tattoos and had hair down to his waist, didn’t like there being a camera around. So he decided to take my GoPro off me and launch it into the water.

Everyone in the group started diving down for me trying to find it and finally it was Chris who came up with it in his hand. I’ve never been so angry but just had to keep my cool, it seemed this guy had something to hide.

We got back mid afternoon, had a nap, and then joined in with everyone drinking that night. The next day everyone was kind of over the canoe thing. But we dragged the canoes down to the shore anyway and gathered around the guide to hear what our trip would be.

It turned out we were only going a few km down the river to a tiny island with pretty much nothing on it. We’d been there all of 5 minutes, sitting in the water getting nibbled by little sharp toothed fish, when we decided to call it a day and head back to camp.

All in all it wasn’t terrible but it wasn’t great. It was basically just a very basic backpackers in the bush that let you rent out canoes.

Fighting for Waves in Noosa 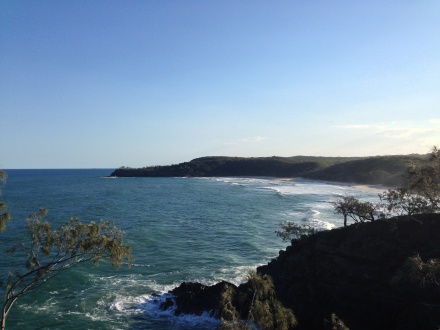 Our final stop before leaving the Sunshine Coast was Noosa. And I couldn’t wait to spend some time here just for the surfing alone! First impressions of Noosa were this place is awesome! Picturesque with lots of shops, restaurants, bars and beaches. Driving around the canals there’s some pretty fancy homes too, places you can only dream of living in.

But as soon as I tried to go for a surf, my love of the place started to wear off a bit. Noosa is renowned for it’s point breaks. And rightfully so, the waves, especially at Tea Tree Bay, are absolutely beautiful and perfect to surf! But unfortunately, this is far from a secret.

Any day of the week, when the swell is up, people will come from all over and barge their way into Noosa. I even spoke to a guy who had pulled a sickie and driven up from Brisbane. My favourite breaks were down by the national park but trying to get parked there was an absolute nightmare.

Car after car will slowly do the loop through the car park, trying to snag any space they can, shouting over to surfers going back to their cars, asking if they’re leaving. Then, if you are lucky enough to get a space, you soon realise that that’s only half the battle.

Once in the water the amount of people is crazy, dangerous even. There could easily be 50 people, all paddling around the one point break, trying to catch the same waves. Forget surf etiquette, everything goes out the window. No one wants to share the love, people get greedy, and with there being such a mixture of abilities in the water, an accident is waiting to happen.

One day I was in for over an hour and I pretty much didn’t catch a single wave. Either old guys on long boards were picking up the waves before me, or the experienced surfers were getting on them right next to the rocks, where I didn’t have the balls to go. I know I sound like a moan, but when I researched forums on how to deal with this kind of overcrowded surfing, the advice given was to be aggressive and get in there. And for me that’s not what surfing’s about.

So sadly I went from loving Noosa to disliking it very quickly. By the end of my week there I was just completely over the over crowdedness. 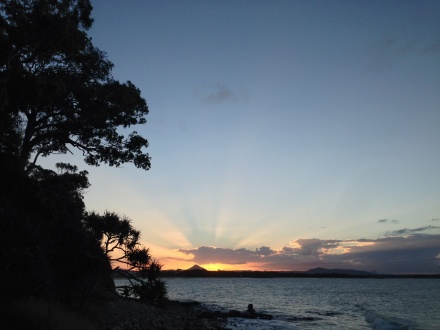 But there’s no denying it that Noosa is possibly one of the most beautiful spots on the East Coast. You can walk from the main beach, through the national park, all around the point to Sunshine Beach, and the views are stunning. There’s wildlife everywhere, one day I almost stepped on a massive lizard. So as long as you don’t care about surfing, it’s a pretty awesome place.

On Dizzle’s recommendation there was just one last thing to do before leaving the Sunshine Coast, and that was the Aqua Fun Park in Coolum Beach. It’s places like this that you just don’t get back home in Northern Ireland, and that probably comes mainly down to the weather, it’s just too cold! 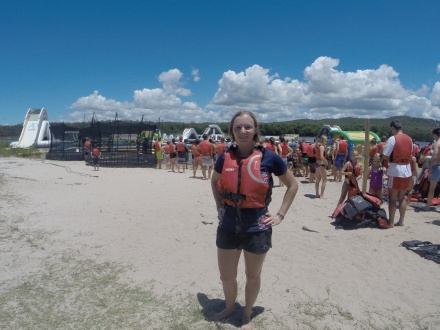 The Aqua Fun Park is an assault course made up of giant inflatable’s and slides in a lake. I joined a load of screaming kids and kids at heart to slip and slide my way around the obstacles trying not to fall in the water. Some of the slides were massive and there was loads of other cool stuff like a platform to jump off and trampolines you could spring off into the water. It was busy but that just added to the fun, watching people crashing into the water.