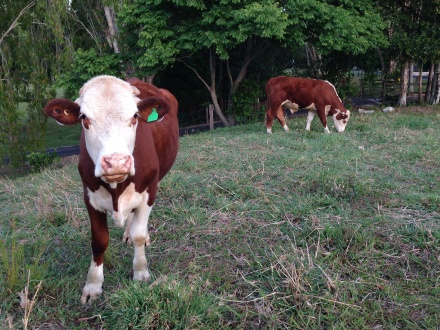 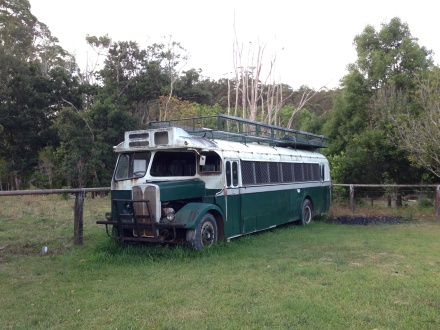 Bec came out to greet us and then brought us into the house to meet Tiger and Townes. Trent and his band were playing at a music festival but would be back soon. It’s been a while since I’ve been around kids! But it wasn’t long until they had me and Chris outside playing with them on the trampoline in their garden. So much fun but totally exhausting!

Not long after we’d arrived Trent got back and we all sat down to dinner together and got to know each other. Bec told us how she was a full time mum but also did a creative writing course part time. She loved writing short stories and was also interested in learning about permaculture. She had all these ideas for different projects she wanted to do around the house, which they’d only moved into last June.

I loved how on the go and motivated she was, especially with the young kids running around. The conversation came easy and Bec and Trent were so chilled out, I knew this was going to be a good experience.

Over the next few days we got into a routine where we woke up, went for a surf, and then helped out Bec while Trent was at work or catching up on sleep after his night shifts. To me it really didn’t feel like ‘work’. She wanted us to put a few clothes washes on, fold up laundry, reorganise her kitchen cupboards, bake anzac biscuits and muffins. It was more like being part of a family and helping out, the way you would if you were living at home. 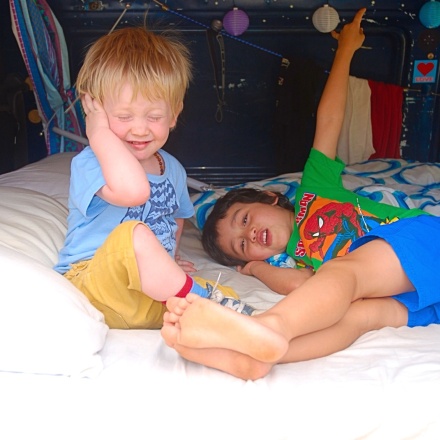 We spent a lot of time playing with Tiger and Townes, which was hilarious. We’d invent games and go crazy running around the house dressed up in ridiculous costumes. I felt like I was a kid again myself. Sometimes, when Bec had her hands full, she’d ask Chris or me to hold Roux. This terrified me at first. I haven’t held a newborn baby since my cousins were born 14 years ago, but by the end of the stay it was second nature.

It wasn’t all housework and child minding though, Bec also had a project for us. She had a vegetable garden that was under attack from bandicoots (small marsupials that look like rodents but cuter), and wanted to build a bandicoot proof fence around it. 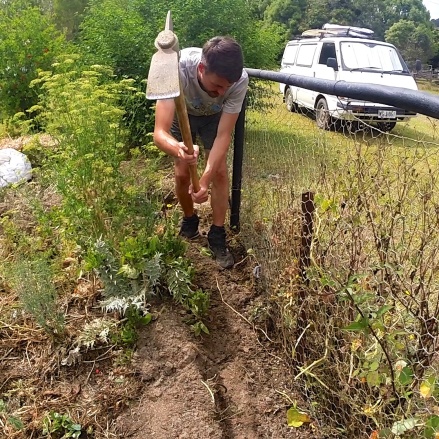 Chris and I didn’t really know what we were doing, but were let loose with the project and got to work. Chris went around the perimeter of the garden with a pick axe first to dig out a trench. This was so the fence could be underground to try and stop the bandicoots digging under.

While he was doing that Bec and I tidied up the garden, pulling out weeds. One area was particularly bad, so Bec showed me some permaculture weeding skills.

We flattened down the weeds, sprinkled lime powder over them, and then covered them with newspaper, water, cow poo (fresh from the field next door), and straw. The idea is the weeds will be deprived of sunlight and die, but then decompose into the soil, releasing nutrients etc into the earth rather than being lost. 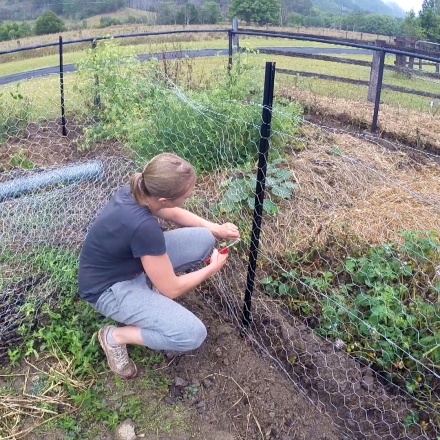 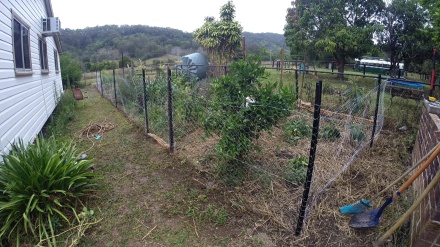 Once everything was prepared we hammered pickets into the soil, threaded wire through the holes, and then attached chicken wire to make a fence. It wasn’t exactly professional looking but I was pleased with our efforts.

Half way through our stay it happened to be my birthday. 26, when did that happen?

The day before, Bec and the family went to Brisbane to visit her Mum and ended up spending the night because Trent unfortunately got sick. Bec had wanted to throw me a birthday party but sent me a text apologising. She said just chill out, don’t worry about doing any jobs, and help yourselves to anything in the house (except Trent’s alcohol). We made ourselves at home, cooked pizzas from scratch, relaxed, and had a few drinks (from our own stash). 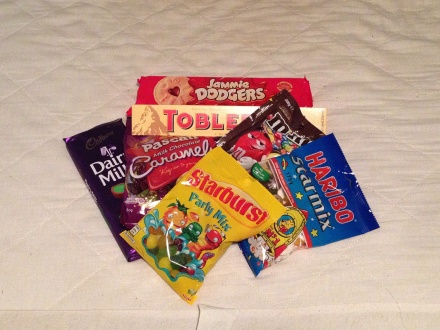 The next day was my birthday. Chris woke me up with a grin on his face and a bag full of different kinds of sweets and chocolate. Any excuse! Being my birthday there was only one thing I really wanted to do and that was go for a surf. 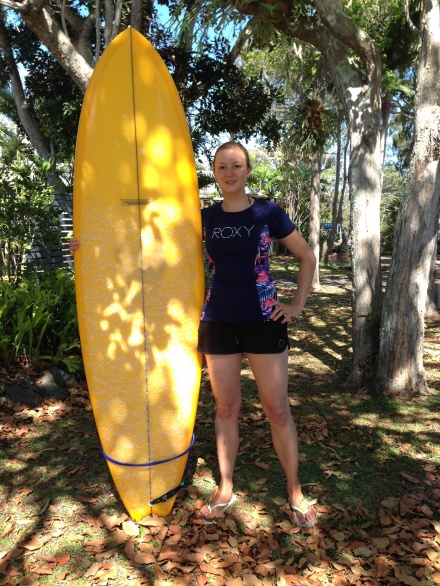 We went to a surf beach at New Brighton and I couldn’t believe it when we walked out onto the beach and saw the waves. It was the best surf I’d ever seen. The sun was shining and the water looked so blue with 4-5ft waves breaking cleanly.

We eagerly paddled out and I had the best session of my life! Although my experiences are limited, having only started surfing in August. Reluctantly we left the water and I was on such a high, what a way to start the day. I couldn’t stop reliving some of the waves I’d caught in my mind. 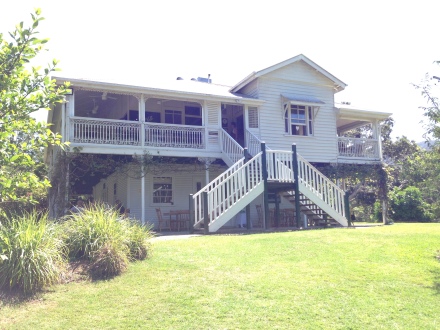 From there, we went to a restaurant in the country called Mavis’s Kitchen. It was a beautiful restaurant next to Mount Warning, which Trent and Bec had been to a few nights before and recommended. 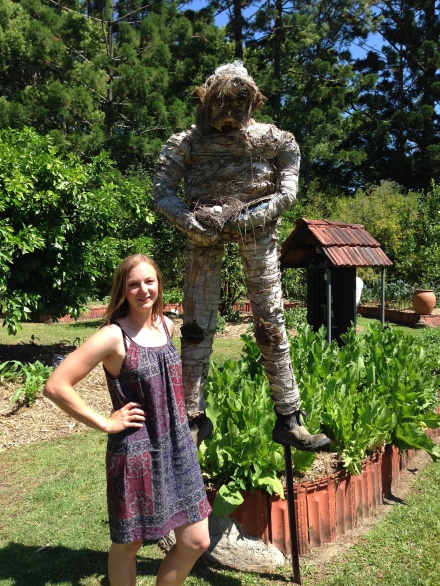 They cook with their own organic ingredients and you can walk around the vegetable gardens to see for yourself. 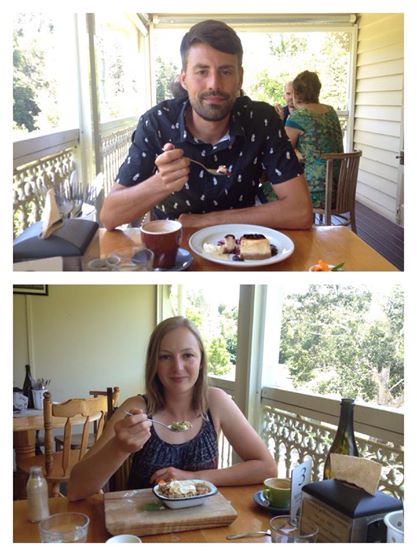 We overindulged in local beer, food, rich deserts and coffee; it was so good and a bit different to the backpacker life we’re used to. 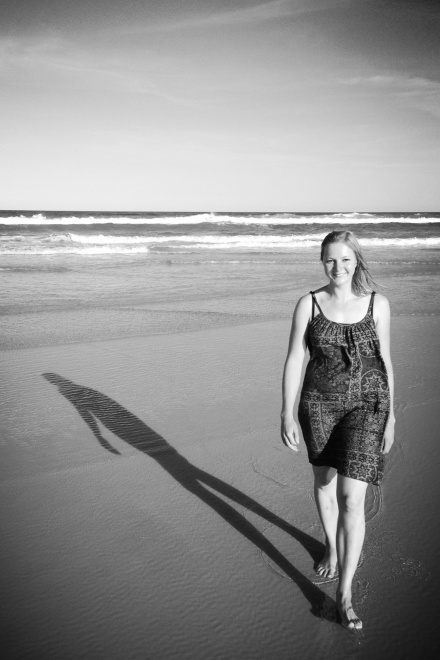 We ended the day with a walk on the beach. 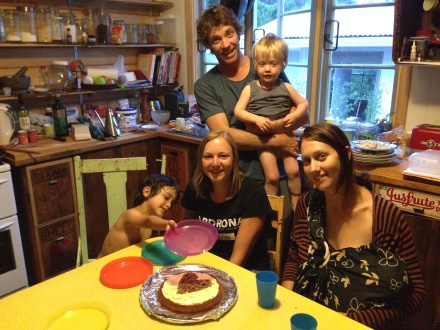 Bec was disappointed she’d missed my birthday so the day before we left she threw me a party along with a homemade cake and a sparkler on top.

The 2 weeks had flown by and before I knew it, it was time to say goodbye. For me it really is these kinds of experiences that make travelling. Being in a family’s home every day, eating great home cooked food together, getting to know each other, sharing stories, it’s just something different that you don’t get if you stay in hostels or go on tourist tours. 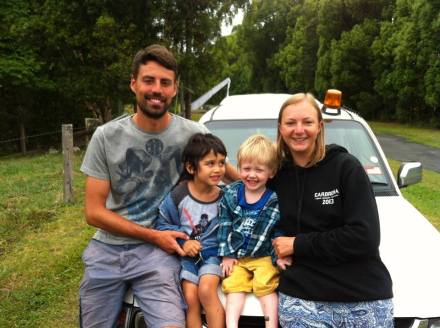 Talking to Bec about Indonesia and hearing her stories of living in Bali, listening to Trent’s country and folk music, playing with Tiger and Townes and seeing their smiling faces. It’s experiences you can’t pay for.

One thought on “HelpXing in Little Pocket”