We left Brisbane and went back to the Gold Coast once again, but this time, to go to Wet ‘n’ Wild.

Part of me didn’t want to spent $64 on a ticket for a water park, but we’d been doing so well living on a budget I suppose you have to let loose sometimes. We arrived at opening time and already the car park was packed and there was a crazy queue. So first bit of advice for anyone going to Wet ‘n’ Wild is to arrive early (although this is kind of obvious…)

After what felt like a lifetime we got in and stuck our stuff in a locker. Second bit of advice for Wet ‘n’ Wild… wear your flip flops. Again, this is kind of obvious, but Chris and I decided to go bare foot not realising how hot the ground would get. We spent the day running from shade to shade prancing around like idiots. After a couple of hours I had blisters starting on my feet from the friction.

The water park itself was good but the queues were pretty bad, I’d hate to see it on the weekend! You spend all that time queuing for a slide only for it all to be over in a matter of seconds. In the 5 hours we spent there we just about managed to try every slide. Which is a bit ridiculous. 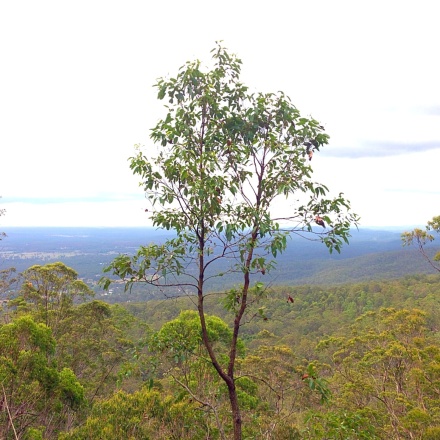 After Wet ‘n’ Wild we headed to Tamborine Mountain, a small 525 metre plateau about 1 hour away from the Gold Coast. There was a nice small town here and the whole area was very peaceful and pretty. 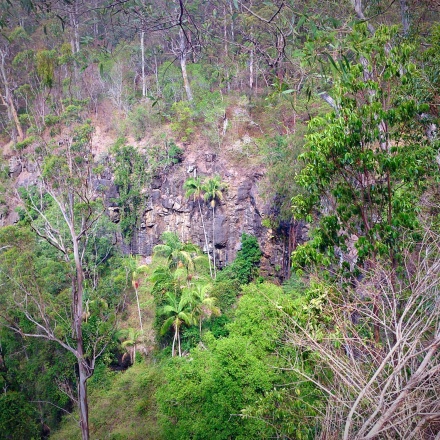 We spent a couple of days driving around the plateau and doing different rainforest walks.

After all the peace and quiet it was time to do something a bit more exciting again, and spend more money. So we drove back towards Brisbane to Cable Ski Logan. I love snowboarding and have always wondered what wakeboarding is like. So when I read up about this place and saw you could just turn up and give it a go I really wanted to work it into our trip!

We arrived during the afternoon to find a large saltwater lake with a cable going around the perimeter. People were holding on to lines that were pulling them around the lake on their boards, some were throwing themselves off jumps and onto rails. I couldn’t wait!

We tried knee boarding first to get the hang of the cable. It turned out to be pretty easy so after a couple of goes I grabbed a wakeboard. The hardest part was definitely the beginning. Sitting down and trying to keep the nose of the board out of the water while the cable yanks you forward, it’s not so easy to stay on your feet!

My first go I face planted into the water. Chris was up next and I couldn’t believe it when the cable yanked him forward and he stayed on his feet! Although totally out of control and heading for a jump… the attendant had to stop the cable.

But still he’d done it! It took me a few more goes but on the third attempt I was on my feet and going. I tried a few s shaped turns the way I would on a snowboard and although it didn’t feel the same it was still good fun. The hardest part was the corners. Sometimes the cable would go slack and then all of a sudden the tension would come back and yank you forward. The worst part was when you fell on the other side of the lake, as it was a long walk back!

Chris had a few more close calls with the jump before I shouted to him to do a toe side turn as if on a snowboard. And then after that he had it. He then started to show off doing as many as 3 laps of the lake. My arms just didn’t have the strength. Just doing over 1 left them shaking and in agony.

While we’d been enjoying ourselves at the Cable Ski, we were blissfully unaware of the huge storm hitting Brisbane just 30 minutes away. Golf ball sized hailstones, power outages, fallen trees. Apparently Brisbane was in a bit of a mess and repair costs could be as much as $100 million!

Not knowing what to expect we drove in. Luckily things seemed to have gotten back to normal pretty quickly. In fact, you’d hardly have realised there had ever been a storm! Other than the odd broken window, and pavements covered with leaves. 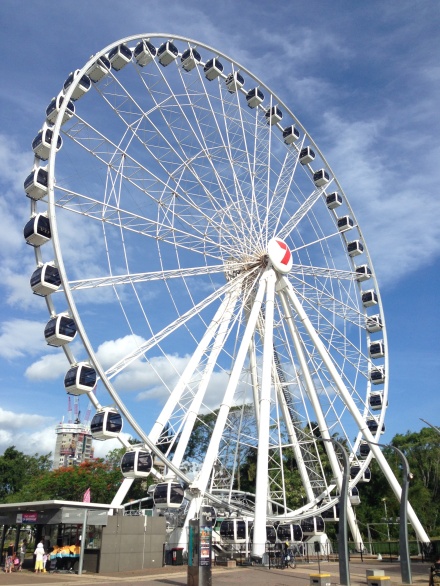 We left the van at a train station and got the train in to check out Brisbane on foot, walking through Queen Street, which is the main area for shops, restaurants, and cafes. It was packed full of people and a few street performers; there was a great busy atmosphere. From here we walked over the Victoria Bridge to the more cultural area where you can find museums, art galleries, the library, the opera house, a giant Brisbane sign, and the big wheel. 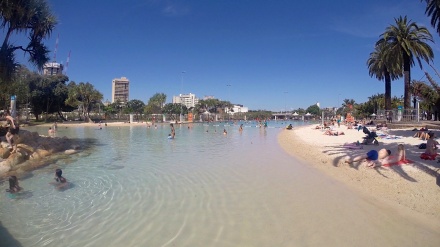 We walked along the riverbank until we got to Streets Beach in South Bank. This is a lovely artificial beach in the middle of the city. The beach had lukewarm water, imported white sand, and nice palm trees to find shade under. We’d been here the weekend before after our Sunday session at Alfred & Constance. No better place to cure a hangover in the heat.

This time we bypassed the beach and jumped on the free ferry to see more of the city. This is a small ferry that stops at various points along the river running through Brisbane, it’s a great way to rest your legs and see the sights without spending money. 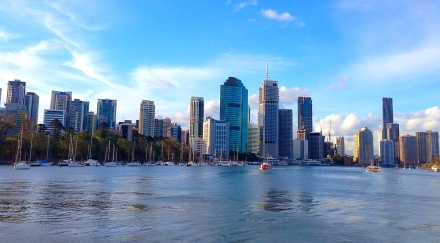 We went a few stops down the river and then got off to go for a walk and see more views of the city. 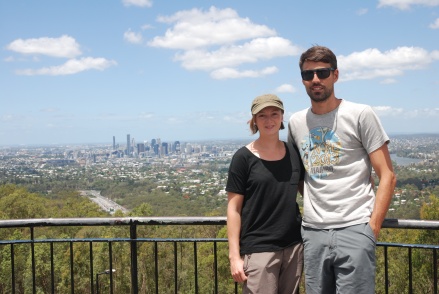 That night we found a sneaky spot to sleep near the Mount Coot-tha lookout. The next morning we drove up a hill to find a café, restaurant, and a big lookout platform giving views of Brisbane.

After making use of the restaurant bathroom to wash my hair and look a bit more presentable, we drove back into Brisbane to book into a 4.5 star hotel. Yeah you read that right. Apparently since spending time in the Gold Coast I don’t care about money anymore…. But it wasn’t as bad as it sounds. Shortly after my birthday I’d found a mystery hotel deal on Groupon for $150. This included late 2pm check out and full breakfast. I just felt like treating myself after living out of the camper for the past 4 months! 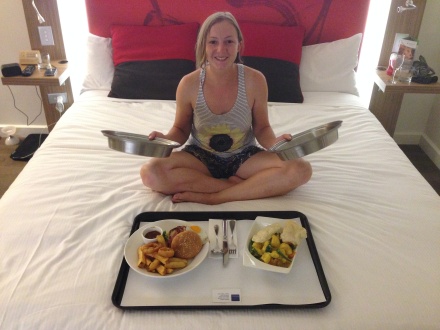 We spent another afternoon in Brisbane CBD and then went back to the hotel, opened a bottle of wine, and ordered room service. I’ve always wanted to order room service! Plus it was cheaper than eating out believe it or not.

After a good few drinks we walked to Fortitude Valley, heading for a club called The Met. This place is pretty huge, and judging by the queue outside it holds a shit load of people! Whether or not you like super clubs, the one good thing is, with so many different rooms, there’s something for everyone. The place was like a maze!

We spent most of our time in an area called the Coco Lounge where a few house DJs were playing, but also went exploring. My favourite part was watching some EDM DJ in his 40s going mad for the crowd, punching the air and singing along. It was all very dramatic; smoke, lazers, visuals, strobe lights. But hey, at least he was passionate about his music.

We left the club and walked back to the hotel through China Town, where I found a giant fish.

The next morning we scoffed down as much of the free breakfast as humanly possible and then made the most of the hotel’s roof top swimming pool. It definitely felt like living the high life. But we had to make the most of it, as later that day, reality would be hitting us in the face.