Byron Bay. It’s a backpackers haven. A place where people plan to stay a week but somehow end up staying for months. They arrive clean cut and wearing shoes but somewhere along the way find they’re barefoot and have grown dreads.

When there’s so much hype about a place it instantly makes me feel sceptical about it, and so when Chris and I left chilled out Lennox Heads and drove up the road to Byron I wasn’t sure if I’d like it at all.

But it’s hard not to like the place! On one of the roads into the town is a sign saying ‘cheer up, slow down, chill out’, and that says it all.

The bustling little beach side town is busy and full of people, all ages and from all walks of life, just coming together to enjoy that feeling of freedom that Byron seems to give. Walking through the streets there’s organic foods, hippy stores, smells of incense in the air, street art. There’s such a high energy about the place and a good vibe, it’s impossible not to enjoy yourself.

As the sun starts to set buskers take to the streets. A drumming circle by the main beach car park, fire dancers in the park, and guitarists on street corners playing as crowds gather to sing and dance along. With a few drinks in you just walking the streets is an experience in itself.

I know I just said it’s the people and the energy they bring that makes Byron so great, but it’s also what can make your time here a little bit stressful. 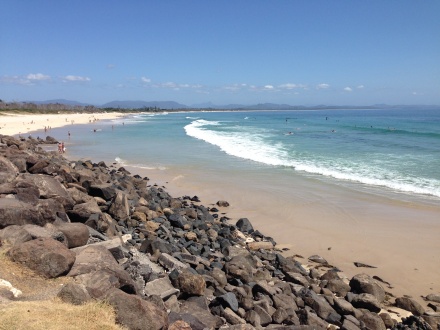 Everyone flocks to the beautiful beaches, which Byron claims are some of the best surf beaches in Australia. Whether or not this is the case, as a surfer, it was hard to enjoy myself in the water when I had to compete for every wave with a dozen other surfers, whilst trying to avoid people who were just playing in the waves. Surfing etiquette and common sense doesn’t exist in Byron Bay. 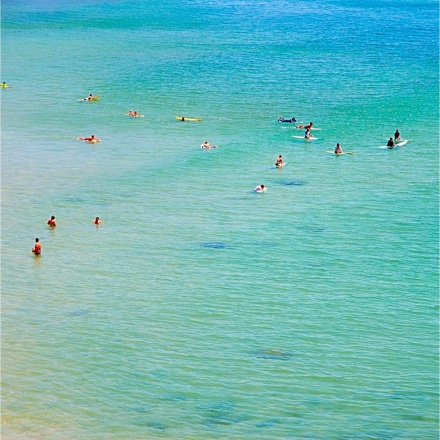 And the funny thing is the week that I spent in Byron was pretty bad for surfing. The waves were small and often mushy, yet there would still be twenty odd people eagerly waiting to catch anything. I’d hate to see what it’s like on a good day! Anyway, it turned out to be some of the worst surfing I’ve ever experienced, and not because of the bad waves but because things got so cramped.

Finding a place to park your car can also be a nightmare. For such a small place there’s a lot of traffic, so it’s much better to explore Byron Bay on foot, and just walk to the beaches etc.

The council have made the majority of car parks pay to park, and at the cost of $4/hr, it’s such a rip off. There is free parking available in a slightly dodgy looking part of town, so your best bet is to park up there and use your feet to get around.

Weekend Out in Byron 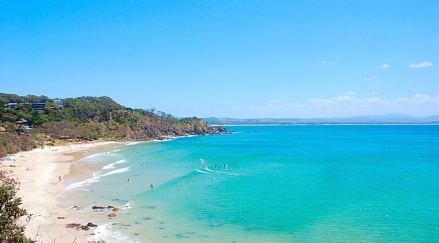 But all in all my time in Byron Bay was pretty awesome. Chris and I arrived on a Thursday and spent a few days fighting over waves, both at Watego and Belongil Beach (Watego has free parking but you need to get down early to get a space). We didn’t experience surfing at the famous ‘Pass’ as there wasn’t a ripple to be seen.

At night we freedom camped 5km down the road at Suffolk Park, not wanting to find out if the $1000 dollar fines at Byron were a threat or reality.

On Friday we decided to give the freedom camping up for a bit and checked into the Byron Bay Tourist Village. Our friend, Micko, was joining us for the weekend, and we thought it would be more chilled out if we had a base.

I’d definitely advise this campsite to anyone! At only $15 each per night it was definitely good value for money. The holiday park was nice and had everything you needed; swimming pool, tennis courts, kitchen, laundry etc, you could also stay in self contained backpacker style rooms for not much more.

We’d arrived, set up a tent for Micko, and just started cooking dinner when he joined us. We munched down the food and then headed into town. There was a surf festival going on that weekend and a traditional aboriginal opening ceremony was happening on the Friday evening, so we wanted to check it out.

We congregated with a group of people to watch aboriginal song and dance, and then went back to the campsite to have a few drinks and get ready for a night out.

When we arrived back at the campsite things were a little different. This is clearly the place that people come to stay if they want a night out in Byron. There were loads of cars blasting out music and people drinking. The toilets were packed full of girls applying make up and doing their hair. I don’t think the older campers were too impressed, but it just got me in the mood for the night ahead.

After a few drinks we walked into Byron and the town was alive with people. We went to a few bars, listened to bands play live music, and went out clubbing to cheesy dance music. We also befriended a security guard by playing games, trying to sneak into the surf festival tepees. I think he had as much fun as us….

The next day wasn’t so pleasant. We each woke up feeling rough as hell. Will I ever learn?! I cooked up a fry and then Micko drove us into Byron to try and enjoy the Surf Festival.

The park next to the main beach was full of tepees, tents, merchandise, surfboards, workshops, music and people. We walked around a bit through the crowds before sitting down and listening to a band play.

Before leaving to go back to the campsite I slipped into a tent where there was a talk being given about ‘duck tape surfing’. This was an amazing story about a paraplegic woman who surfs, duck taped to the back of her son’s friend. They were both there talking about their experiences and answering questions, it was very moving. 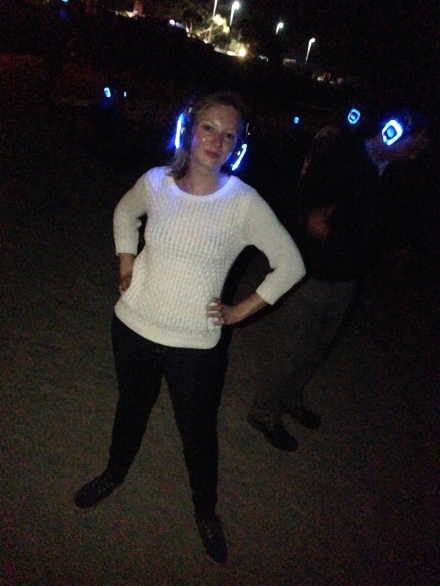 Micko was meant to go home that day but by the afternoon we were feeling better so he decided to stay for another night out. We walked into town to find there was a silent disco on the beach, so we grabbed a set of lit up headphones and got dancing. 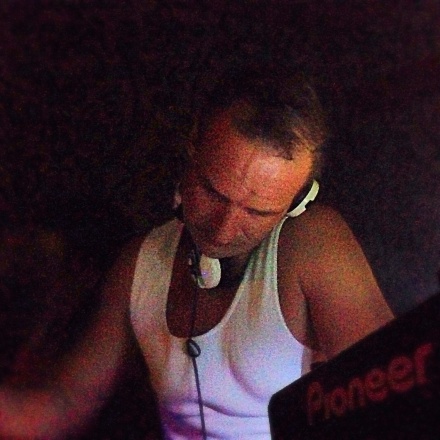 The disco was awesome but closed up at midnight, leaving a few hours to explore a few more bars and clubs. At the end of the night we went back to play with our friend the security guard, who eventually gave in and let us chill out in one of the tepees for 15 minutes.

The next day we said our goodbyes to Micko and decided to spend the rest of the week in Byron. We got up early each morning to go surfing without the crowds.

We also did the Cape Byron walking track, which takes you through rain forest, over cliff tops and up to the Cape Byron Lighthouse. There were some good views along the way.

One thought on “Byron Bay”