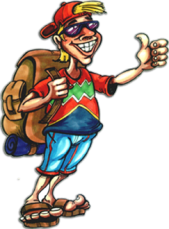 Last year the Australian Government granted over 200,000 working holiday visas. It seems us backpackers are literally flocking to the country, lured by the prospect of adventure and high wages. And once we’re here we don’t want to leave. Therefore, high on the priority list is completing 88 days of specified work in a regional area that allows us to apply for a 2nd year visa. This usually means working in a rural area doing fruit picking, farming, construction work etc.

I feel that this condition for a visa extension is both a blessing and a curse. It’s good because it helps regional employers, who often struggle to get Australian workers, by encouraging backpackers to go out to these rural areas and work on their farms to extend their stay. But on the other hand, it leaves backpackers open to exploitation, as many are willing to do just about anything to tick off those 88 days.

A few months ago I was in the vulnerable position of looking for a job. I’d pushed things as far as they could go financially but now funds were at an all time low. I thought I might as well get a job that would allow me to apply for a 2nd year visa, kill 2 birds with one stone and all that.

When you’re broke and desperate for work it’s easy for panic to set in. I’d only been job hunting for a week; filling out every online application I could find, trawling Gumtree 10 million times a day, sending out cover letters left right and centre, but it felt like I was getting nowhere.

There seemed to be so much competition everywhere. Each day on Gumtree 2 or 3 jobs would pop up in Victoria and within an hour hundreds of people would have viewed the post. I replied sometimes within 10 minutes but never got a single response. But one day I came across a Tomato picking job. Straight away I didn’t like the look of it. The advertisement read “Asian pickers needed! No contract! Call Michael.”

Fruit picking jobs can be very hit and miss. Notoriously they’re known for being extremely hard work for very low wages. But you do also come across the odd backpacker who proudly tells you how they got rich quick earning $200 per day picking cherries. I’m not Asian but I thought I would at least give Michael a call and go check the place out. I told Michael I was with my boyfriend, Chris, and we wanted to pick tomatoes. He said no problem, come tomorrow. I felt strange, a mixture of excitement because I had a job, but also sick to my stomach as I had such a bad feeling about the whole thing.

Chris and I followed Michael’s directions to arrive at what looked like a mini run down trailer park 20 minutes from Shepparton, Victoria. There were 4 old battered caravans, rubbish lying around everywhere, and the place was crawling with flies. We met Michael, an Asian man from Malaysia, and he laid out the conditions of the job. We would get paid $60 for every bin we filled, work 7 days a week, there was no contract to be signed, we would get paid cash in hand, and we wouldn’t be taxed.

So basically it was all very illegal. I had lots of questions and explained that we really wanted this work to count towards our 2nd year visa. But there was a communication barrier, my Northern Irish accent seemed to confuse Michael and I didn’t understand his broken english. But he assured me not to worry; his boss would be able to sort it. How, I don’t know, since there would be no payslips, no bank statements, nothing to prove that we were carrying out legitimate work! Reluctantly we agreed to start the job, thinking it would be worth giving things a go, who knows, maybe this could be one of the fruit picking jobs you can actually make money from! “Don’t worry, I look after you,” Michael assured us.

He then directed us to our accommodation. “You stay here tonight,” he pointed towards a horrendous old caravan, “then tomorrow you move to a nicer caravan, like honeymoon suite, $100 each per week.” I was stunned. I asked if we could sleep in our campervan and pay a lower amount. But no, Michael said the landlady wouldn’t allow it. I felt trapped. I walked into the caravan that must have been made in the 60s. The place looked like it hadn’t been cleaned in years. There were insects everywhere, a huge huntsman spider in the tiny shower, and the bedding looked heavy and stale. The heat was unbearable and I didn’t know where to sit, all the furniture looked like it could be crawling with god knows what. At this point things just seemed too much and I’m ashamed to say I cried a bit. This was just too much; this is not what I had in mind when I came to Australia. “Lets just give it a few days,” Chris said trying to comfort me, “you never know, it might not be that bad.” 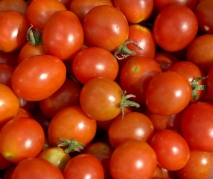 Over the next few days we gave the tomato picking everything we had. But tomato picking is hard, backbreaking work. You spend hours on your knees or hunches bending over the tomato bushes with the hot sun beating down on your head and flies buzzing around your face. You fill up small buckets to the brim with tomatoes and then lug them one by one over to a huge bin and tip them in until it’s full. It didn’t take long to do the maths and realise that this job was just pure slave labour. On day 1 we made $6 each per hour, day 2 there was an improvement to $9 per hour.

I looked around the tomato plantation. Most of the workers were from Asian countries; China, India, Malaysia, and many didn’t seem to be moving much faster than myself. But there was one guy in the row next to me who could only be described as a machine. He didn’t seem to pause once, not even to take a sip of water, he looked like he was charged up on speed! Out of interest, Chris timed him and found he was working twice as fast as us, and earning about $18 per hour. A much more respectable wage but working at that intensity for 8 hours straight would be absolute hell.

On day 3 we moved to a row of new unripened tomatoes and made just $3 per hour. For me that was the final straw. Who would work for this kind of money? I’m in Australia, an expensive country with high living costs and high minimum wages to cover this, but I wasn’t protected by a minimum wage when it came to horticulture contract work! After a couple of hours I called Michael over and told him we would be leaving. He looked disappointed and tried to talk me around. “You know, sometimes lots of tomatoes, you make good money! Other times, not so good like today, you don’t make so much. But you can be rich in this job!” he said. I told him that even if I could make good money on the odd occasion, there was no way I can ever work for $3 and hour.

We left the tomato field and went back to our caravan. We’d been upgraded to the ‘honeymoon’ caravan. Granted a big improvement but still not at all great. I felt totally deflated, like everything was against us and there was no hope. There were other jobs out there but it all seemed to be contract fruit picking work. How could we know that anything would be any better?

Light at the End of the Tunnel

About a month ago I’d been couch surfing in Adelaide when I’d met a girl from Estonia. At that point I’d felt confident about job hunting, ready to take on the world. She’d warned me about the competition, the low paying jobs, but being naïve I’d just labelled her as being negative. But there was one positive thing she’d said. She’d told me how she got a job on a cattle ranch by advertising herself on Gumtree. At the time I’d thought surely not, employers wouldn’t take the time to look through backpackers adverts! But right now I was ready to try anything. So I jumped on Gumtree and typed up an ad titled “Couple looking for Dairy Farm Work”. I’d seen other peoples adverts saying they were looking for any kind of work and would do anything. But I felt this wasn’t the way to go about things. I thought there’d be a higher chance of getting a response if an employer saw you were interested in working in a specific industry. I’d always wanted to give dairy farming a go, something totally different to anything I’d ever done, and definitely something I’d never do at home. 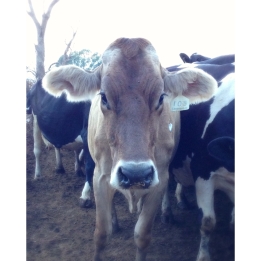 To be honest I really wasn’t expecting anything to come from the ad. But within an hour my phone beeped and I’d received an email. There were 2 positions available, a dairy farm hand and a feed mixer. We would be working with a young dairy crew in New South Wales who had a herd of 850 cows. Pay would be $18 per hour but would go up if we stayed over 3 months, we would get every Monday off and every other weekend off, and accommodation is on the farm for just $70 each per week.

I felt like this was a dream, it just all seemed too perfect, exactly what we needed, my stomach was doing summersaults. Not wasting a second I called the owner Lachlan and a friendly, upbeat Aussie answered the phone. He chatted away to me explaining the job and said Chris and I sounded perfect for the positions. His wife, Gen had emailed a few backpackers, but we’d called back first so most likely we’d get the job. He said he’d email us later to confirm things. The next couple of hours Chris and I talked excitedly about the job. We did sums to work out how much money we could save if we stayed for 6 months. It just seemed too good to be true and we didn’t want to get our hopes up. But it wasn’t long until we got an email confirming we had the job and 2 weeks later we arrived at Gunyah Farm. I’ve never been so happy to be given a staff handbook, contract, and tax forms to fill out!

If you speak to anyone who’s been in Australia a while and gone through the job hunting process they’ll all tell you the same thing, Whatever you do don’t be so desperate that you’ll do any job working for ridiculously low wages in bad conditions. Yes, there are lots of backpackers and competition, but there’s also a lot more jobs than you think. Don’t let yourself be taken advantage of by corrupt companies and farmers, and be careful who you give your money to. Just try to relax and be patient, because it is possible to get a good farm job that doesn’t pay peanuts.

One thought on “Don’t Work on Illegal Tomato Farms, Become a Dairy Farmer Instead”